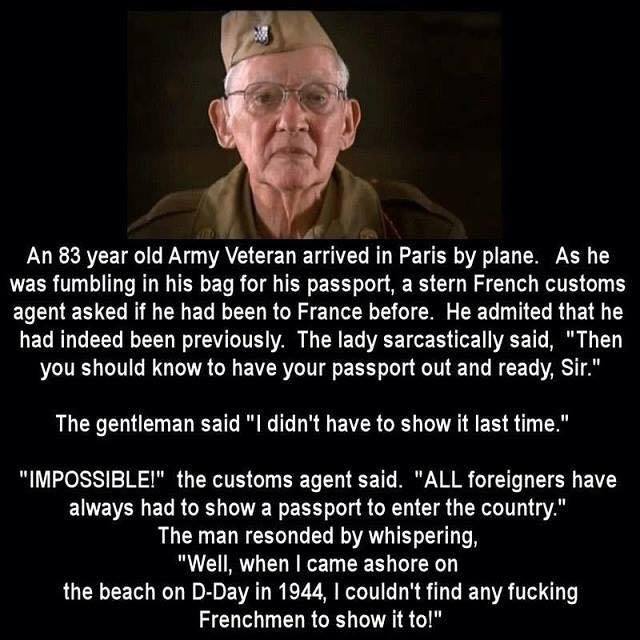 An 83 year old Army veteran arrived in Paris by plane. As he was fumbling in his bag for his passport, a stern French customs agent asked if he had been to France before. He admitted that he had indeed been previously. The lady sarcastically said “Then you should know to have your passport out and ready, Sir.”

The gentleman said “I didn’t have to show it last time.”

“IMPOSSIBLE!” the customs agent said. “ALL foreigners have always had to show a passport to enter the country.” The man responded by whispering, “Well, when I came ashore on the beach on D-Day in 1944, I couldn’t find any fucking Frenchmen to show it to!”

The New Call for Fire Procedure for the Army

Yep, that’s him. He’s the one that took my bone. Show no mercy.

My American Idols Are Not on a Television Show

Wisdom From a WWII Veteran

I come in peace, I didn’t bring artillery. But I am pleading with you with tears in my eyes: If you f**k with me, I’ll kill you all.

Fought for His Country in WWII; Isn’t Scared of Shit