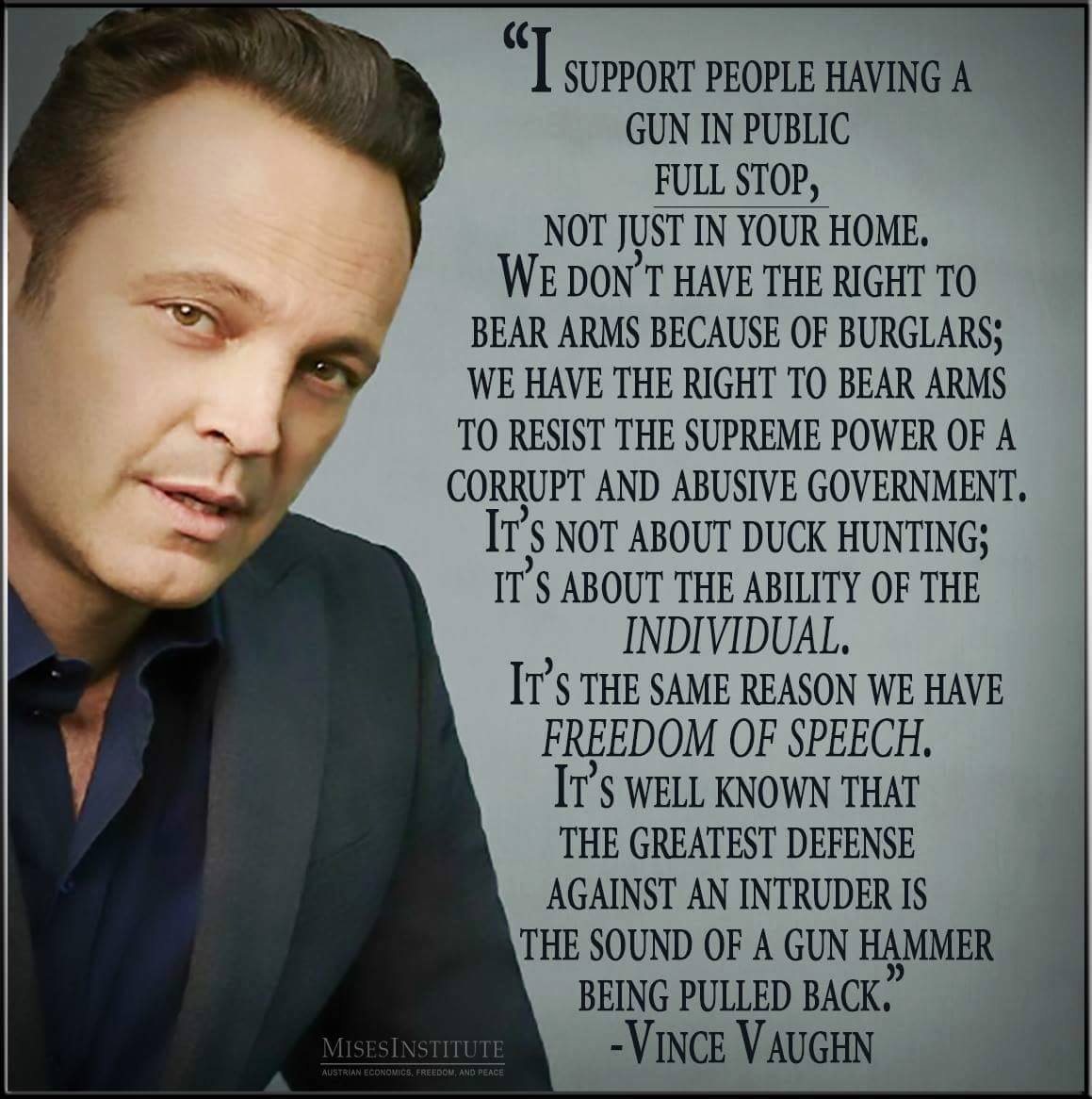 “I support people having a gun in public. Full stop. Not just in your home. We don’t have the right to bear arms because of burglars; we have the right to bear arms to resist the supreme power of a corrupt and abusive government. It’s not about duck hunting; it’s about the ability of the individual. It’s the same reason we have freedom of speech. It’s well known that the greatest defence against an intruder is the sound of a gun hammer being pulled back. All these gun shootings that have gone down in America since 1950, only one or maybe two have happened in non-gun-free zones. Take mass shootings. They’ve only happened in places that don’t allow guns. These people are sick in the head and are going to kill innocent people. They are looking to slaughter defenceless human beings. They do not want confrontation. In all of our schools it is illegal to have guns on campus, so again and again these guys go and shoot up these f***ing schools because they know there are no guns there. They are monsters killing six-year-olds.” – Vince Vaughn
Prev postNext post

Why Do All Mass Shootings Happen in Gun-Free Zones?

Firearms May Change: The Right of the People to Keep and Bear Arms Will Always Remain The Same

Free Men Do Not Ask For Permission To Bear Arms

7 thoughts on “I Support People Having a Gun in Public. Full Stop. Not just in your home.”