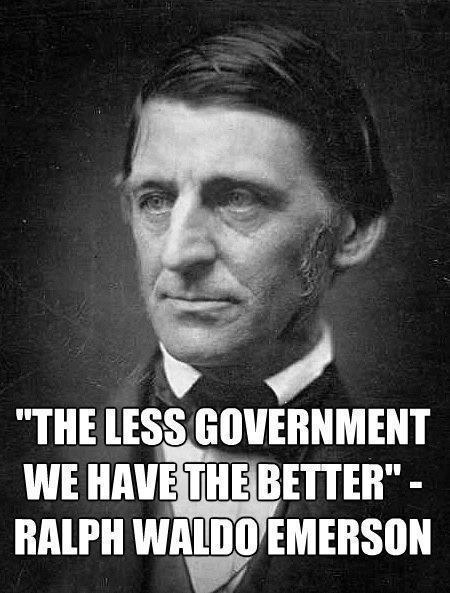 The Less Government We Have, The Better – Ralph Waldo Emerson

Hence, the less government we have, the better,—the fewer laws, and the less confided power. The antidote to this abuse of formal Government, is, the influence of private character, the growth of the Individual; the appearance of the principal to supersede the proxy; the appearance of the wise man, of whom the existing government, is, it must be owned, but a shabby imitation. – Ralph Waldo Emerson
Prev postNext post

Most Bad Government Has Grown Out Of Too Much Government

US Debt Owned by China

Nothing in our Constitution suggests that government is a grantor of rights.

7 thoughts on “The Less Government We Have, The Better”